Experiencing Day of the Dead in Michoacan

There's nothing quite like experiencing the Day of the Dead in Michoacan.

In Michoacan, visitors from all over the world can live and enjoy Mexico's traditional celebration on November 1, commemorating their beloved ones, remembering them, and celebrating with them.

Such a unique celebration fills the homes, cemeteries, and sidewalks with life overflowing with altars, flowers, food, and candles.

Traditionally, on the night of November 1, offerings are placed in the tombs of those who materially no longer exist to venerate what they were and their lifestyles.

For instance, the inhabitants of Janitizio participate in a traditional rite that is a sacred duty, honoring the living and the dead alike. Women and children from the picturesque island arrive at the cemetery and go to the tombs of their ancestors in a silence that contrasts with the light of the candles while they place the deceased's favorite foods on their petate.

Unlike what happens in Janitizio, the inhabitants of Tzintzuntzan make the best artisan products-black and glazed earthenware, white earthenware, straw angels, fruits, and carved wood-to place them in the offerings. In Jaracuaro, the traditions are purer: an arch of flowers is placed for each neighborhood of the island, and the dance becomes the light of the main square.

The current ceremony of the night of the dead wake derives from the spiritual conquest by the Spanish encomenderos and colonizers in MichoacÃÂ¡n. Among the ancient Mexicans, significant rituals around death were performed, which impressed the first conquerors so much that, through evangelization, they introduced new ideas, giving rise to a very marked religious syncretism. 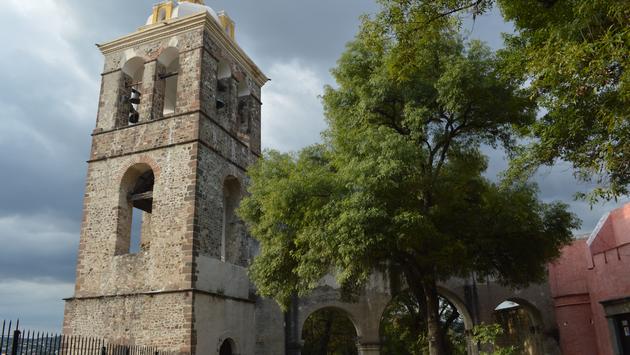